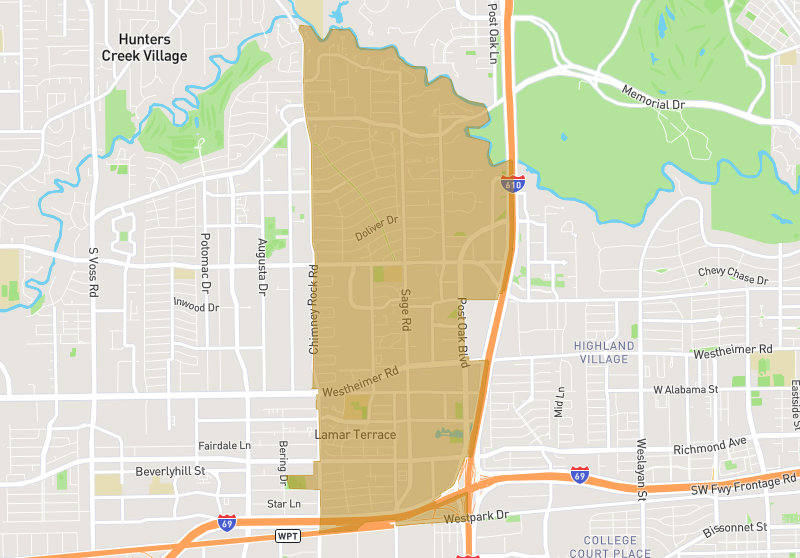 Learn More About Real Estate in 77056

77056 real estate has a slightly less than average percentage of vacancies. The Census also indicates that there are one or more nursing homes nearby. The majority of household are rented. Homes in 77056 were primarily built in the 2000s. Looking at 77056 real estate data, the median home value of $555,700 is extremely high compared to the rest of the country. It is also high compared to nearby real estate. So you are less likely to find inexpensive homes in 77056. Rentals in 77056 are most commonly 1 bedrooms. The rent for 1 bedrooms is normally $1,000+/month including utilities. Prices for rental property include zip code 77056 apartments, townhouses, condos and homes that are primary residences. [1]

77056 real estate is located in the state of Texas in the Houston metro area. Zip code 77056 is primarily located in Harris County. The official US Postal Service name for 77056 is Houston, Texas. Portions of zip code 77056 are contained within or border the city limits of Houston, TX, . Zip code 77056 is within area code 281, area code 832 and area code 713. 77056 can be classified socioeconomically as a Middle Class class zip code in comparison to other zip codes in Texas. [2]

Recent News and Advice in 77056 Houston