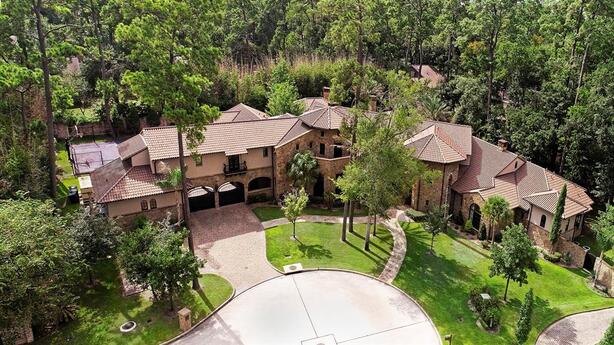 Sold By: Compass RE Texas, LLC

It’s also worth noting that Bunker Hill Village has more people working in computers and math than 95% of the rest of the country. Bunker Hill Village has a sizable population of people who work from home. About 13.65% of the workforce works from home. While this may seem to be a small amount, it is among the highest in the country as a percentage of the total workforce. Staff in knowledge-based, white-collar occupations are frequently telecommuters. People in Silicon Valley, for example, telecommute in vast numbers. Self-employed people who run small businesses out of their homes are another form of at-home worker.

Bunker Hill Village is also home to a large number of “urban sophisticates.” Whether they live in a big city or choose to live in a small town, urban sophisticates are educated, affluent executives and professionals with urbane tastes in books, food, and travel. Urban sophisticates visit cultural institutions such as opera, symphonies, ballet, live theater, and museums in large and medium-sized cities.

Bunker Hill Village is an excellent alternative for families with children for a variety of reasons. Since there are so many other families with children who live here, both parents and children are more likely to form social bonds with other families. The city’s excellent public school system and significant population of college-educated adults provide an atmosphere that encourages academic achievement. Many people own single-family homes, which provide safe places for children to play and a sense of neighborhood stability. Finally, Bunker Hill Village has a lower overall crime rate than the national average.

If you have a bachelor’s degree or a master’s degree? If that’s the case, Bunker Hill Village may be a good fit for you. Although the national average for all cities and towns is just 21.84%, 76.58% of adults here have a 4-year or graduate degree. Bunker Hill Village had a per capita income of $116,966 in 2018, which is high compared to Texas and the rest of the nation. For a family of four, this equates to $467,864 in annual revenue.

Houston Premium Homes, We’re By Your Side — No Matter What.

The Houston real estate market is moving — and if you’re ready, you can too.

The Houston Premium Homes family has earned its reputation as Houston’s Top real estate team by always putting our clients’ interests first and making the sale process simpler to navigate at every step of the way. Your Houston Premium Homes real estate agent is your trusted advisor and buying/selling specialist and will relieve you of the burden by handling all the people and moving parts to ensure you get the results you want. Houston Premium Homes Realty Group is a one-stop-shop real estate business and is just part of the reason why so much care and attention is emphasized with each and every client.