20 Things To Know Before Moving To Texas 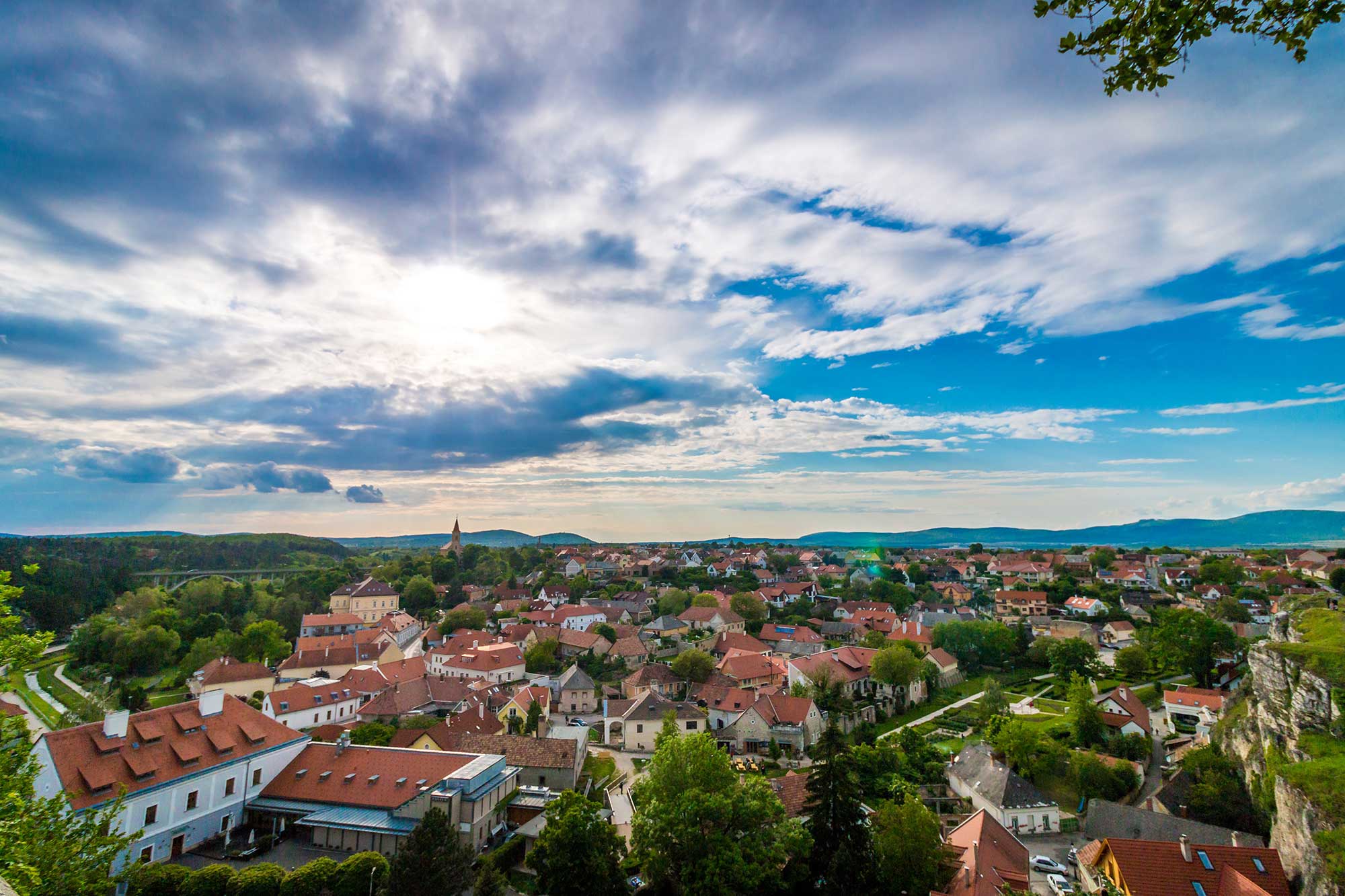 Texas is one of the fastest-growing states in the United States, and with good reason. Texas is a win for newcomers because of its low cost of living, pleasant weather, exciting job market, and abundance of things to see and do.

Learn more about Texas before packing your belongings and moving to some of the best locations in the state. Here are 20 items to consider before relocating to Texas.

After being annexed during the Mexican-American War, Texas was established in 1861. Texas has evolved into a state with a dynamic economy since then. It is home to a large number of Fortune 500 firms. Exxon Mobil, Sysco, and AT&T are among them. It’s also been a technology hotspot. Apple, Google, and Facebook have established regional offices in this city.

Texas’ tourism, agriculture, and aerospace industries have all developed in recent years. This is where NASA’s Johnson Space Center is housed! Texas is a state that has a little bit of everything. As a result, it appeals to many people who are looking to relocate.

According to PayScale, here’s an estimate of how much stuff cost in Austin, Texas:

Taxes Are Less Expensive Than You Would Think

Texas is one of only a few states that does not have a personal income tax or a state income tax. It also has the country’s fifth-lowest average tax burden per capita. However, there is a cost. Texas homeowners pay some of the country’s highest property taxes.

There’s plenty more good news to come. In Texas, sales taxes aren’t as heavy as you would think. Residents are more motivated to go shopping and start companies. The lower cost of living allows you to spend more money on a better apartment or house. It’s one of the reasons why so many Californians are relocating to Texas. “Hey, y’all!” greet them warmly and enthusiastically.

Texas Has a Thriving Job Market.

Texas has 57 Fortune 500 businesses where you can carve out a successful career. If you’re looking for a tech career, move to Austin’s “Silicon Hills” and enjoy an urban lifestyle without the high costs of San Francisco and the Bay Area.

You’ll also find prestigious employers in a number of Texas cities. Houston, Austin, and Plano are the headquarters of Hewlett Packard Enterprise (HPE). The company also revealed that its corporate headquarters will be moving from San Jose to Houston, Texas, with tens of thousands of employees following suit.

You can follow your ambitions in oil, steel, banking, and tourism in addition to the tech sector. Texas also has a strong presence in the space industry. Space Center Houston and the SpaceX South Texas Launch Site are two employers.

It’s a Hot Shower Outside, Y’all.

Texas is one of the most hotly contested states in the nation. It’s much hotter than that. During the scorching summer months, some places, such as San Antonio and Dallas, experience average temperatures of 100 degrees.

The heat isn’t for everyone, particularly now that so many apartment complexes have pools. If you live in Houston, the beaches of Galveston are just around an hour away. On the plus side, winters in Texas are mild. Temperatures are usually in the 50s and 60s, with just a few days below freezing.

Electricity Would Cost You Less Than You Would Think

During the hot and humid summer months, your electric bills will skyrocket. You will, however, pay less for electricity than you would think. Since Texas is a deregulated market, residents have the freedom to select their energy provider. You have the option of selecting the best deal. You may also change service providers to take advantage of new offers.

Texans Are Serious About Their Education

Texas has a plethora of higher education options, including some of the world’s largest public universities. Locals can choose from top-tier universities such as the University of Texas at Austin and Texas A&M University, as well as smaller private schools. Texas is also a great place to bring your mates. Quality public and private schools with a variety of learning opportunities are readily available for children.

Texas is a Diverse State

Texas was called one of the best places in the country to find diversity by WalletHub. The state is diverse in terms of race and ethnicity. A variety of languages and traditions are spoken and practiced. Newcomers from all walks of life searching for new opportunities are drawn to the area by the abundance of top universities and rising tech employment.

Texas is a Sports Powerhouse

Texas is a major state that likes to do big stuff, like sports. Huge crowds flock to see the Dallas Cowboys and Houston Texans protect their state pride. In Texas, football is still a big deal. In 2014, the city of Decatur agreed to move Halloween to accommodate a sporting event. The San Antonio Spurs and the University of Texas Longhorns, in addition to Dallas and Houston, are serious candidates for serious sports fans.

Texas Has a Lot of Traffic

When you travel to Texas, you should expect to see a lot of traffic. Cities are dispersed. Even if you live near Dallas’s well-developed public transit system, you’ll still need a driver. If you live, work, and play in the same area and don’t mind hanging around, expect to spend time stuck in traffic for long periods of time. Make sure you have your favorite audiobooks and podcasts on hand. That will help you pass the time and relax during your downtime.

The mild climate of Texas makes it a haven for outdoor enthusiasts all year. During the summer, hike and bike your way around the state. Then, during the hot summer months, go to the lakes or the beaches.

Starting with Dallas, Texas has something for every outdoor enthusiast. Cedar Ridge Nature Preserve, located 20 minutes south of Downtown Dallas, offers 755 feet of elevation and 9 miles of trails and hills.

You’re in luck if you live in Houston and enjoy the water. Take a break in Houston’s Buffalo Bayou Park for 53 miles of kayaking.

Surfers travel an hour to Jamaica Beach in Galveston to ride the waves and get away from the hustle and bustle of city life.

Hiking at Lady Bird Lake in Austin provides waterside views and views of the city skyline. Locals cool off in the historic Barton Springs Pool, which is part of Zilker Park’s 360-acres, during the summer. The underground springs maintain a constant temperature of 68 degrees all year.

Surprisingly, Many Texas Neighborhoods Are Walkable.

Despite the traffic, there are some parts of Texas where, if you choose the right neighborhood, you can get around on foot. The walkability of Houston and Dallas areas near the city centers is excellent. University Park, near Dallas, is also a great place to go for a stroll. Southern Methodist University, restaurants, amenities, and greenspace are all located here.

Bat watching is a common pastime in Austin, believe it or not. It is home to North America’s largest recognized bat colony. Every spring, thousands of free-tailed bats migrate from central Mexico to the Southwestern United States, delighting locals. At dusk, pay a visit to the Congress Avenue Bridge. The migrating bats put on a display for their human neighbors when they were there.

In Texas, You Can Wear a Suit and a Cowboy Hat

In Texas, cowboy hats are definitely not needed. You can, however, wear one and no one would bat an eye. It’s also not unusual to see businessmen in suits walking down city streets wearing a cowboy hat. To extend some Southern hospitality, simply tip your hat and say hello.

Despite its lack of public transit, Texas still has the country’s most comprehensive light-rail system. The DART light-rail line in Dallas is 85 miles long and has 61 stations. The suburbs can also be reached by light-rail. That will help you save time on your regular commute in Texas traffic.

Texas is The Country’s Second-Largest State

We’ve already established that Texas likes to do things high, right? Texas has the United States’ second-largest land area. It makes up 7.07 percent of the total area of the United States. Alaska is first, accounting for 17.53 percent of the country’s total land area. Housing and rents are possibly so low because of the abundance of land. King Ranch, which is larger than the entire state of Rhode Island, is also located in the state.

Texas is The Country’s Second Most Populous State

The Lone Star State is not only big, but it is also the country’s second most populous state. Only California has a higher population density. Several Texan cities are also among the most populated in the United States. Houston, San Antonio, and Dallas are among them, with the best Austin communities rising in popularity.

Texas is Proud of Its Art Scene

There are more arts and culture opportunities in Texas than most people know. As live music drifts over the water, stroll down the San Antonio Riverwalk to browse galleries and art openings. Alternatively, you can visit one of Houston’s 150 museums, many of which are located in the city’s renowned Museum District. Locals in Austin use live music to keep their creative juices going. The Dallas Arts District is bustling with theaters and galleries.

BBQ and Tex-Mex Cuisine is Practically a Texas Pastime

Is it practically a Texas Pastime Texans who like their food take it seriously. You won’t have to go far to find delicious BBQ and Tex Mex. Start in Austin with Franklin BBQ and eat your heart out. You can also savor the classic flavors of Texas by digging into brisket, chili, and Frito pie. Tolbert restaurant in Dallas is known for its flavorful chili, Texas’ official state dish. The restaurant is also credited with catapulting chili into stardom. Cooking and consuming chili has become a competitive sport in recent years. It’s inextricably linked to tailgating and football.

Beyond its classic dishes, Texas is quickly gaining a reputation as a foodie haven. Around the Lone Star State, there’s more to eat than BBQ and Tex Mex. From Houston to Dallas and beyond, fine dining, fusion-themed dishes, and James Beard award-winning restaurants add a new dimension to cities. With their impressive five-pound cinnamon rolls, iconic hotspots like Lulu’s Bakery and Cafe represent the “bigger, better” attitude in Texas.

Of course, when it comes to drinking, Texas will not be outdone. Mariano’s Mexican Cuisine in Dallas was the home of the world’s first margarita machine. To meet the demand for this wildly successful cocktail, the workers converted an ice cream machine into a margarita machine.

Ready to head south to the Lone Star State? With affordable rents, a booming job market, and a rapidly growing food scene, there’s something for everyone in Texas. Contact a Houston Premium Homes real estate agent today and start house hunting in Houston, Texas.